This post was originally just going to chronicle some shenanigans of Cleveland’s (now former) Ward 7 Councilman T.J. Dow. For those who do not follow Cleveland politics, Ward 7 is the near east side of Cleveland covering neighborhoods like St. Clair-Superior, Midtown, Asia Town, and Hough. This is a historically significant community that has been through a lot (such as the Hough Riots), and has always provided refuge to Cleveland’s emergent minority communities. I firmly believe that this is an important heartland relative to the City of Cleveland and representing these constituents is important work. 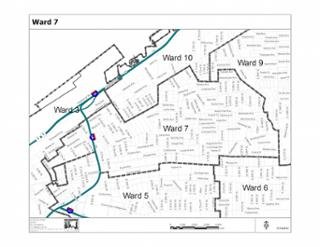 So with that said, I must congratulate Ward 7 on electing a new councilman – Basheer Jones – who is also the city’s first Muslim-American councilman. The latter is of note because while Cleveland does not have a significant Muslim community a la Detroit or Columbus, immigration has been proven as essential to the rust belt revival. Cleveland is putting its best foot forward in the world with the Global Cleveland Alliance which seeks to attract immigrants and refugees and invest in their personal and professional development. Ward 7 includes an important component of Cleveland’s strategy, which is the Asia Town district, where a significant Korean and Southeast Asian community has emerged.

I am not a political actor or organizer, and am not endorsing Mr. Jones nor condemning Mr. Dow, the latter of whom lost re-election to the former by exactly 13 votes. The only political message here – which is an important one – is to remember who you represent and for those being represented, to go vote! Your vote truly matters. Especially in Ohio. Especially in Cleveland. Especially in Hough.

Events precipitating Mr. Dow’s ouster are many and include an arrest warrant issued by Shaker Heights, improperly expensing the cost of his self-published book series “The Success Factor” to the City of Cleveland, not paying his own taxes for five years, opposed retail development at League Park, and blocking a high-profile redevelopment project with apartments, retail, and a dental center to be ran by the Cleveland Clinic. The latter being the real issue – large multi-block, multi-use, multi-tenant projects almost always require zoning variances and public finance, and would almost certainly provide not just jobs but also sorely needed services to the residents of Hough. Mr. Dow changed his objections to the development several times..

The aforementioned development project (occupying almost entirely vacant parcels, and preserving anything else including Newton Avenue in the middle of the project):

Following the will of the voters, Mr. Dow requested that the balance of his neighborhood development funds (more than $700,000) be earmarked to another Ward, on the other side of town, where the councilman is a friend of Mr. Dow’s. The newly-elected Mr. Jones had already been sworn into office when Mr. Dow filed his request with City Hall, which typically approves spending requests of outgoing councilpersons. The cross-town project that needed Ward 7’s neighborhood development funds – programming at a community recreation center named after that ward’s current sitting councilman, Kenneth L. Johnson of Kenneth L. Johnson Recreation Center fame. The request was denied. Ward 7 is immediately $731,496 richer, to be spent at the discretion of their new councilman.

Again, this is not a political post nor am I a political actor or organizer. I am just a professional planner, and presently a consultant, not remotely as involved or responsible as I would like to be in these kinds of neighborhoods. However, I have observed so much discussion and debate and fighting over the concentration of development in downtown and subsequent neglect of the east side’s distant reaches. I know first-hand the difficulty of building capacity and consensus to right the ship in a declining neighborhood. Neighborhood decline is difficult quicksand to escape.

However, in Hough, people voted – and due to the difference made by 13 votes – the Ward has its $731,496 back. Mr. Dow also did many good things, including crucial support of the Hub55 project, and I seriously hope to see the $477,000 community resource center come to fruition. However, Hough’s funds need to stay in Hough. I don’t expect Ward 7’s councilperson to represent my interests or fight for areas of Cleveland where I hang out. Ward 7 has to fight for Ward 7 and never forget who they represent, whether I agree or disagree with the outcome of that, and I hope every other challenged neighborhood takes note of this valuable lesson in democracy.