There are all kinds of planning tools with which cities have physically and strategically linked their downtowns to neighboring institutions or landmarks; whether they be a greenway axis, physical bridges, transit corridors. A TIF would be a new one in my experience, but not outside the realm of rational nexus due to the obvious necessity of financing more physical linkages.

The development scenario playing out in Stillwater, Oklahoma – home of Oklahoma State University’s flagship campus – is that of a large land grant university growing in spite of its college town, where development has generally not taken full advantage of the campus or other core opportunities. Stillwater has sprawled to the southwest, blanketing the hills of the Crosstimbers with residential neighborhoods, and to the northeast where strip malls and apartment complexes have spilled into the flat plains north of town. Downtown’s iconic Main Street corridor has benefited from revitalization a la preservation-minded developers and a retail-focused BID, while the surrounding blocks have visibly languished.

The entire core of Stillwater has languished with disinvestment and high renter-share due to typical college town housing dynamics. Landlords can rent out a minimally-maintained house for a premium, with no incentive to upgrade or invest for longer-term due to the transience of college tenancy. Stillwater has spent the last decade discussing options and ideas for revitalizing the core between campus and downtown, illustrated in the below aerial:

While the downtown, shaded in blue, shows good density in the aerial and appears anchored along Main Street, activity and investment drops off sharply off of Main Street and even north of 6th Avenue along Main Street. The picture on the ground, illustrated below along 4th Avenue equidistant between campus and downtown, is even more stark:

Further along Main Street itself, north of 6th Ave:

Which we can compare to the healthier core of Main Street between 6th and 12th streets:

Furthermore, where development is occurring, it can make surrounding deteriorated conditions and public infrastructure disinvestment all the more obvious:

As it stands today, the core between downtown and campus resembles both physical challenges and intrinsic challenges, the latter stemming from a lack of pride in a community that should do better as the state’s premier college town. The physical challenges involve housing conditions, lack of density, lack of sidewalks and those few that exist being in disrepair, general street conditions, and land that is likely unsuitable for development even if there were investment, which is instead occurring in new development areas on the edge of town. None of this is the fault of the city or any planners, who have for decades talked about walkability and trails/paths/streetscapes in this area, but lacked a funding mechanism to bring them to fruition. Now the private sector has given up waiting and is just moving in on the area without planning or coordination, and it remains to be seen how all of these mid-rise development will come together in the end. All of this forms the backdrop for Stillwater’s major proposed TIF.

A few key facts about this TIF, according to two Stillwater Newspress articles (article one, article two):

While I believe that generally, the city should find mutually beneficial ways to achieve common goals like county-provided services and workforce development with the Meridian Technology Center, I look forward to seeing Stillwater bring some of its decades-long planning to fruition now with the assistance of a funding mechanism. I think generally, as a premier college town, Stillwater is a somewhat unique beast when it comes to property development, land use, community investment, provision of public services, and economic development – I think that the town-and-gown divide has prevented unity toward achieving all of these goals and getting them to work in tandem. While making everyone whole in the end, I look forward to seeing my college town find ways to finance long-term community investment.

This is not to say that I support TIFs in general, nor do I support or oppose the details here, but do believe this to be a worthwhile case study and a development scenario I intend to watch closely, while rooting for its success.

Conversely, I was in Denver last month, and had some time during a flight layover en route to Seattle to take the train downtown and explore. Denver has extended its iconic 16th Street corridor with bridges and tails that connect across the Platte Valley to the neighborhood across the Platte River and I-25. In doing so, they have created deliberate linkages that are visually and intuitively obvious, and seamlessly connected their downtown to areas of west Denver that previously felt disconnected. Doing this has not only improved west Denver, provided pedestrian access to economic opportunity in downtown, but also created billions of dollars of development opportunities in the Central Platte Valley, all anchored by these incredibly textbook connections. 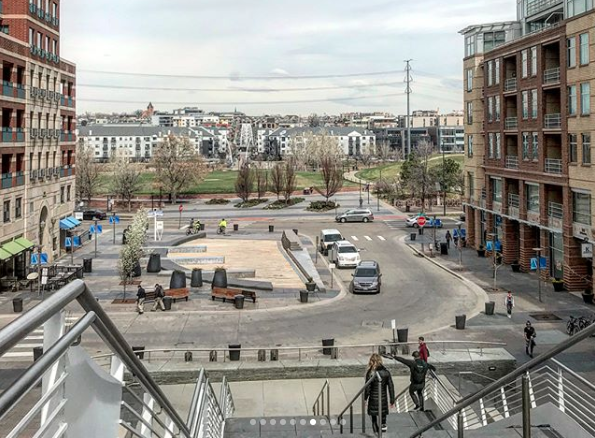 Compare to the above development photos from Stillwater, and consider the long-term importance of infrastructure and human environment toward bringing planning goals to fruition. There are a lot of means to an end, and a TIF can accomplish a lot of means, but what is really the end goal, and how can a TIF truly elevate that?

In economic development, an often-missed point is that nothing is advanced in the long run by development for the sake of development.