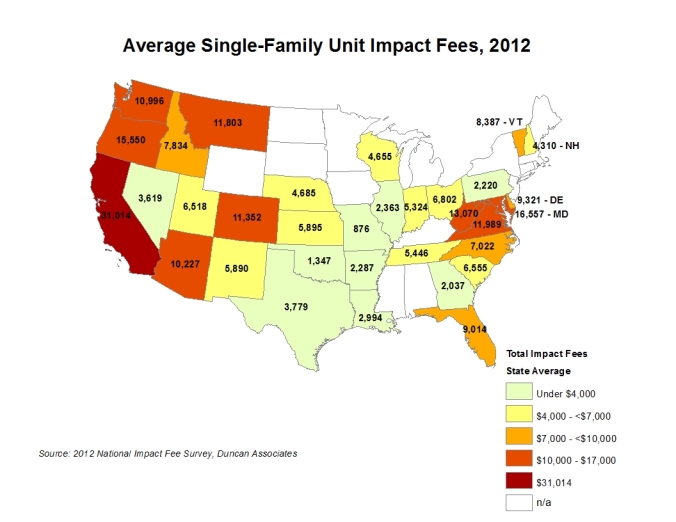 Impact fees, designed to mitigate the adverse impacts of growth and development, are stirring controversy in communities where developers aren’t used to exactions. The issue is causing consternation across the board, as evidenced by Oklahoma City walking back its proposed impact fee schedule amid lawsuit threats, but it is also an important hurdle to cross if cities are at all interested in smart growth.

Smart growth is a better way to build and maintain our towns and cities. Smart growth means building urban, suburban and rural communities with housing and transportation choices near jobs, shops and schools. This approach supports local economies and protects the environment.

How could anyone be against that? Make America’s neighborhoods great again, I say.

The smart growth tool kit includes many tools that fall roughly into the categories of carrots or sticks. Among the carrots, or incentives for smart growth, are programs of reducing fees (building permits, utility connection fees, impact fees, etc) in the urban core, offering financial assistance for urban developments, various forms of tax abatement, and so on. These things are expensive and it stands to reason you can’t give someone a break on a fee that doesn’t exist in the first place. Then, among the sticks, or penalties for other-than-smart growth, are heightened fees, growth boundaries, environmental protection areas, building moratoriums, and so on.

In the case of Oklahoma City, which just wrapped up the Plan OKC process in which it produced a new comprehensive plan that seeks to curb the negative impacts of sprawl, a balanced approach toward smart growth promises to “not rock the boat.” Toward this goal, the city will implement a balanced slate of minimal incentives and minimal penalties to shape development. Despite not rocking the boat, this has elicited the typical responses from developers, including these reactions in today’s Oklahoman linked above:

These responses suggest a callous disregard for the residents that will occupy the communities built by these developers. Toward that point, it is also difficult to convince some developers (that don’t normally offer resident amenities) of the value of public amenities. Furthermore, you’ll also notice that not all developers are the same, and that the plan to enact impact fees was actually shaped by the local developers who do believe in the value of public amenities.

While I can’t predict what some developers will do – and taking their low-budget strip mall plans to another community may not be the worst outcome – it’s also a fascinating claim that these impact fee benefits include things the city should already be doing. Indeed, it is true that it includes things that the city already does, however, it’s questionable if the city should be forcing residents in the entire city to pay for new roads and new parks on the fringes of the city. If the low-budget builders traversed the city streets on their way to argue at City Hall, surely they noticed the condition of city streets closer into the city. Oklahoma City is the poster child for spending all of its resources, levied against the entire city, on new roads on the fringes, and putting very little into long-term strategic maintenance of inner city infrastructure. The inner south side of OKC, where my family lives, is a mess and always has been.

So how big a deal are these fees really?

On its face, these impact fees are extremely minimal for residential development, and increasingly more substantive for commercial development. The impact fee on office and hotel development is probably not going to be that significant of an impact; however, this proposed fee schedule should properly penalize retail sprawl. Oklahoma City, as a core city of a larger metropolitan region, has every incentive to do everything in its power to stop retail sprawl.

Retail sprawl, more than any other form of sprawl, is incredibly damaging and offers no positive outcomes for Oklahoma City. As retail sprawls further out, it will eventually just leave the city as it largely already has. Furthermore, retail provides stable, low-income accessible jobs – so we also call this “job sprawl,” because the jobs are sprawling out of reach of those that we need to connect to these jobs. Retail centers are almost exclusively built outside of transit accessible areas, and away from affordable apartments. Lastly, as this game plays out – sales tax is the primary collateral damage – and cities in Oklahoma, barred from collecting income or property tax, are almost completely dependent on sales tax.

To solve that issue, the sprawl issue, and many other issues, I am a huge proponent of this smart fee schedule. I liked the initial plan, proposed by the quality developers and approved by council, even better. However, we will take what we can get – this is a good step in the first direction. As it stands, Central Oklahoma budget builders are completely unused to impact fees, exactions, and other forms of real estate finance that you see in most other major metros.

As this game becomes less alien and less scary, there is an opportunity to further enhance these fees, so that the city can reallocate its resources toward fixing inner city infrastructure, and getting back to the business of the entire city at large. I would like to someday see an impact fee system similar to Kansas City, with a completely fare-free zone in the urban core:

These types of exactions are a real opportunity to create a fair system of encouraging good development, and discouraging bad development. The reality with infrastructure is that somebody has to pay for it at the end of the day, and that new infrastructure is always more fun to pay for than maintaining existing infrastructure. The goal at the end of the day must be to first prioritize the necessary maintenance of existing communities, and then find ways to develop new communities commensurate with the region’s growth. That way we aren’t just building a tremendous excess of expendable housing and especially strip malls. 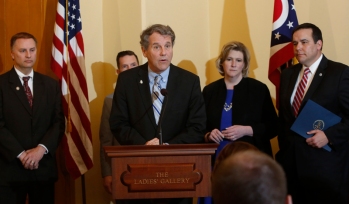 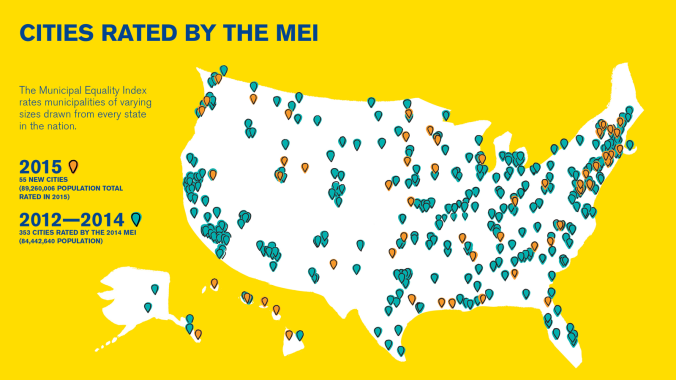